It’s one of the most dangerous surgeries on the market today – and they’re aiming their scalpels right at our kids!

For years I’ve been warning you about the risks of bariatric weight-loss surgery, which shrinks your stomach to about the size of an egg. And I’ve told you how the mainstream is shamelessly making millions off the operations – even as patients are dropping dead.

But this may be their most disgusting ploy yet.

Researchers are claiming that a new study proves bariatric surgery is safe for kids as young as 13 years old!

It’s a disgusting scheme designed to trick parents into letting their kids go under the knife.

But when you learn what really happened during the study, you’ll see that bariatric surgery is just as dangerous – and deadly – as ever.

If there was a drug that came with all the side effects of bariatric surgery, nobody in their right minds would take it.

The operation has already been linked to liver disease, dementia, dangerously low blood sugar, and even serious nutritional deficiencies.

It can practically starve you to death!

And just last month, I told you about a frightening new study that found it increases your risk of suicide by 400 percent!

If that’s what bariatric surgery is doing to grown adults, you can imagine how dangerous it can be for children who aren’t even old enough to shave yet!

But believe it or not, there’s a new study out touting the “astounding” benefits of bariatric surgery for kids.

Astounding my foot! The only thing that was “astounding” about this study is that nobody had the good sense to step in and stop it.

Hospital researchers from across the country – including some with ties to makers of bariatric surgery equipment – followed 242 kids who had this nightmare procedure done. Some were as young as 13 years old.

And within three years after the surgeries, here’s what really happened:

That’s right – the surgery actually killed a kid. And that’s a tragedy that these researchers should have seen coming a mile away.

You see, over ten years ago research from two major universities, as well as the Joslin Diabetes Center, found that bariatric surgery puts you at high risk for sudden and potentially deadly hypoglycemia. (In fact, three of the people involved in that study had to have their pancreases removed so the constant flow of insulin could be stopped.)

And on top of those complications, bariatric surgery affects your ability to absorb nutrients. In fact, the kids who had these operations done will now need lifelong expert nutritional monitoring — especially to make sure they’re not anemic or critically deficient in vitamin B12.

But believe it or not, news accounts of the study have made the surgery out to be a successful option for teens.

Did any of these reporters actually read this thing?

One of the study leaders said she hopes that more insurance companies will start covering bariatric surgery for kids, and that she hopes the research convinces doctors and parents that the operation is “effective and safe.”

Someone should get this woman a dictionary. Because this study sure didn’t meet any definition of “effective” or “safe” that I’ve ever seen.

If you want to help a kid you love lose weight, why not try it the old-fashioned way? I’m talking about exercise and diet – including the calorie-restricted eating plan they’d end up on after the surgery anyway.

All without making them the next victims of a surgery that seems to be wrecking more lives than it’s saving. 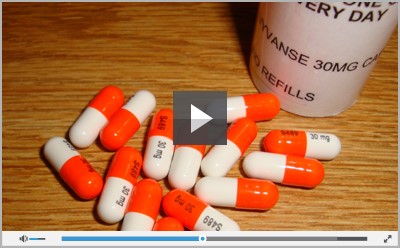